Although we are no longer using this query system, we are making it accessible in the hopes that the old info may provide you with helpful clues.

Martha McKay, widow of William McKay, patented 160 acres (in four sections) in Hardin County, according, exercising his military warrant. The land office records show she patented this land on 6 Feb 1854, although this site shows the purchase was 8 March 1853. The warrant was for William's service in Capt. Dunn's Ranger in the War of 1812. They lived in Jefferson County, Indiana, and I assume Martha never occupied this land and died in 1858. I would like to know the disposition of this land. Was it sold? Did it somehow end up in Probate?
Bob Scott bobwscott@aol.com

I'm looking for any leads on identifying property once owned by George Smee and Julia (Cowsert) Smee. George is my 2nd great grandfather. He migrated from England in 1860, and married a widow with married name Julia Cowsert. We believe she was a Cummins originally. They lived on a farm somewhere on Karber's Ridge until they moved into Southeast Missouri some decades later. I have found them on the 1870 census. The name as transcribed appears as Snead or Smead, but we believe it truly was Smee. Julia spelled the name as Smee on a marriage certificate and a Civil War Widow's pension application. Looking to make connections of other possible family members. Thank you. Tony Smee semoscouter@gmail.com

I am looking for Mary McNICHOLS RUST, wife of Abraham Ward RUST, listed in Household 206 of the 1850 Census of the county with his children, including a child born in 1850 named Catherine. The mother and brother, Millard, died in 1850. Neither are listed in the Mortality Schedule for 1850. Census is dated Aug 1850. Place of burial is unknown. 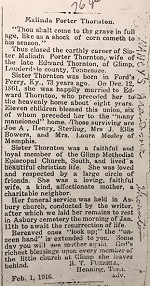 I am wanting more information on Edmond THORNTON born 8/5/1841 Elizabethtown, Hardin County, Illinois. He married Melinda Elvira PORTER born 11/14/1839, she was from Crittenden County, Kentucky. Melinda’s obituary listed a son Joe A., Henry... this is my grandfather, Sterling, A Mrs. J Ellis Bowers, Mrs. Laura Mosley. They had lived ... died in Glimp, Lauderdale County, Tennessee. My grandfather was born Henry Johnson THORNTON in Tennessee 11/4/1880, died 5/30/1953. Can you lead me to anything?

Find-A-Grave site documents that Ann Maples Vantassel was buried 14 January 1917 at the Pauper Farm in Hardin Co. Is there any way to locate that site. Annie was my great grandmother. If possible, I would like to mark her grave. Juanita Trujillo

Can you identify anyone? 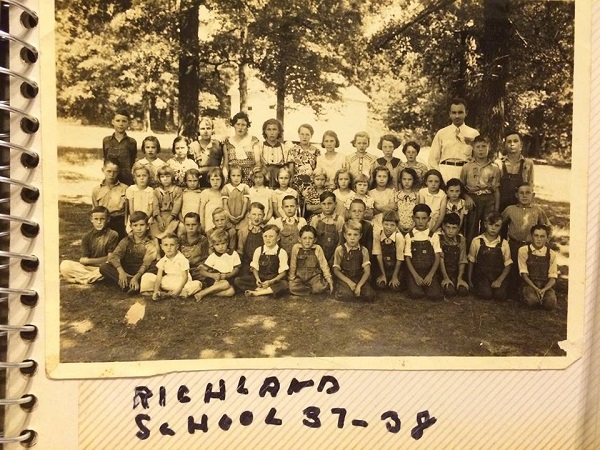 My mom and her brothers are Briton Stacey's relatives and pictured here. She is 90 and we would like any info about this picture you might have. She has Alzheimer's and it helps her to remember things. Thanks so much

Do you recognize this place? 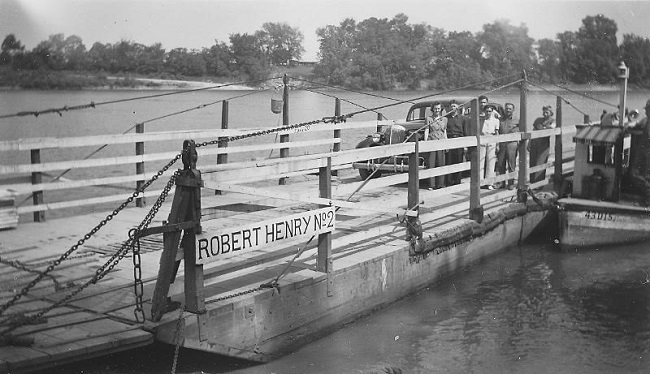 I found an old photo of my family members crossing a river on a ferry boat. Do you think it could have been the Cave-in-Rock Ferry? The people in the photo are Erma and Ernie Feller, Raymond and Opal Jackson (my grandparents), Lawrence and Emma Durbin. Ernie, Opal and Emma were brothers and sisters (Feller) from Vandalia and Effingham Illinois. The back of the photo says “crossing on Ferry over to KY”. My Dad says the car was a 1935 Olds, so it had to have been taken after that. The other bank looked like many of the photos I had seen on your website.